EXPLORE THE POWER OF ONE

ONE drop of water that kept falling over hundreds of thousands of years to form ONE mighty, breath-taking wonder: the largest, most awe-inspiring stalactite in Europe. ONE dramatic underground experience like no other in Ireland – offering up a limestone wonderland 70 feet below ground. And ONE multi-faceted destination that combines the thrill of a descent into the depths of the earth with a wealth of above-ground attractions. – from the wild beauty of an indigenous walking trail, to fascinating glacial clay pottery to take home and treasure. This is Doolin Cave, a deep dive into a world in ONE. Once experienced – never forgotten.

The Formation of Doolin Cave

The birth of this landscape began with the death of another. Under the sea some 360 million years ago, marine animals, plants, shells and coral accumulated over many thousands of years to form thick limestone beds.

This compacting of marine life and subsequent limestone formation was unevenly distributed due to the movement of the oceans currents. In between these beds, areas of shale rock formed, which is less resistant to erosion and the resulting topography of the Burren is characterised by terraces and cliffs.

Climate change is not a new phenomenon and our world’s history has been marked by several periods of extreme meteorological change. These periods were commonly referred to as ‘Ice Ages’ the most recent of which started around two million years ago. Since then, the Burren has been covered by ice several times, the last known period of ice cover ending 12,000 years ago. The limestone pavements, a distinguishing feature of the Burren landscape, are a consequence of glacier ice scraping away the surface debris of soil, stones and the topmost layer of rock. This exposed a massive un-eroded rock surface when the ice melted.

The word ‘karst’ is used to describe terrain with distinctive landforms and drainage arising from a combination of high rock solubility and well developed underground drainage through solution channels. The Burren is a superb example of a glaciokarst—where the unusual landforms of karst are even more special because of recent glaciation. The Burren is famous internationally, not just because of its beautiful limestone landscapes but also because of the remarkable flora of the region and its rich archaeological heritage. The term ‘Burren’ is synonymous with ‘karst’ because both words are derived from words that mean a ‘Stony Place’ except Burren derives from Gaelic and Karst from old Slavic.

Ice and water have sculpted the present landscape of the Burren. The typical pavement surface of the Burren has been moulded and sculpted into features such as pits, hollows, rills and channels known collectively as ‘karren’. Erractics are the result of glacial deposition. Rocks and boulders were carried by the ice as it slowly moved south, and were then deposited as the ice retreated. All of these processes have resulted in the strange but beautiful landscape here today, from the fissured pavements to the intricate network of caves.

Buried deep beneath the surface of the Burren exists another world. Uninterested in the conventions or cares of man, it has flourished with unbridled creativity on its mission to carve out a niche. This is nature’s realm.

The Formation of Doolin Cave

Limestone is predominately calcium carbonate (CaCO3) and this is soluble in water that contains carbon dioxide (CO2). There has been much publicity about carbon dioxide in the atmosphere and its role in global warming but there is much more CO2 in the soil. Initially water moves through the rock very slowly along tiny passages but as it does so it dissolves the rock and gradually enlarges the passages to form discrete conduits. When these conduits become large enough for people to pass through they are referred to as caves. Active caves, like Pol an Ionáin, Doolin Cave, have a stream flowing through them which continues to dissolve the limestone. However, as lower conduits develop over time those at a higher level may be abandoned and some may be filled with sediment such as the passage at the end of the Main Chamber

As well as rain falling directly onto the limestone, streams that have their origins on other impervious rocks commonly sink soon after they flow onto limestone—just like the stream that sinks at the entrance to Doolin Cave. After flowing through caves the water emerges from springs, although these may be at the coast or even under the sea.

The Discovery of Doolin Cave 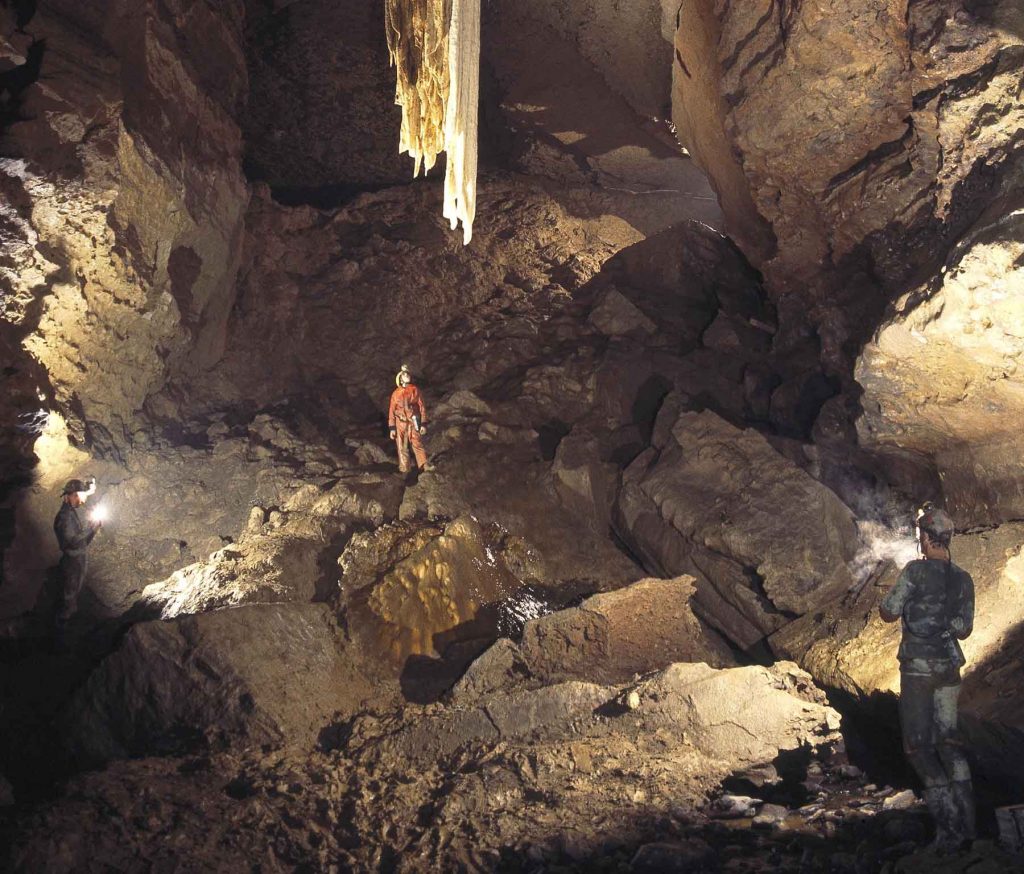 In his poem, The Forge. Seamus Heaney wrote: “All I know is a door into the dark” and that is the lot of spelunkers and speleologists the world over.

In 1952, a group of explorers arrived into Lisdoonvarna, a small town in the north of County Clare situated 5.4 kilometres from the current entrance to Doolin Cave. These men were uncertain of what they might find but were excited by the prospect of journeying beneath the undocumented underworld of the Burren.

Named the ‘Whitsuntide Expedition’ because they arrived on the Whit or June Bank Holiday weekend, these intrepid adventurers had little idea that members of their team would stumble upon Doolin Cave.

The group of 12 men, most of whom were students, were part of an expedition sent by the Craven Hill Potholing Club from the Yorkshire Dales in Great Britain. Nine of the 12 stayed in the Irish Arms Hotel in Lisdoonvarana and three camped on a nearby hillside.

On that Whit Sunday two of the men who had camped out, Brian Varley and J.M. Dickenson, broke from the group and decided to go exploring near a cliff face they had seen the previous day. As they made their way across the limestone pavements, they noticed a small stream that seemed to disappear beneath the large cliff. Following the water, they pulled back some boulders and dug their way into a narrow passageway and then crawled for about 500 metres, eventually reaching the main chamber of the cave. This crawl has been described by other potholers that have visited the cave as being a “knee wrecking and miserable crawl”. Arriving at the main chamber of the cave, the men described what they had seen:

“Scrambling over boulders, we stood speechless in a large chamber, of ample width, length and impressive height. As our lamps circled this great hall we picked out a gigantic stalactite, certainly over 30 feet in length, the only formation in the chamber and set proudly in the very centre. It is really majestic and poised like the veritable sword of Damocles. With our headlamps inadequately flood lighting this huge formation we tip toed-believe it or not! to the bottom of the chamber, not daring to speak lest the vibration of the first voices ever to sound in this hall since the beginning of time should cause it to shatter.”

Upon leaving the site, the men decided to pretend the others in the group that they had found nothing as a joke, but were unable to contain their excitement. Instead, when they met them, they jumped in the air shaking their fists recounting the tale of their discovery. 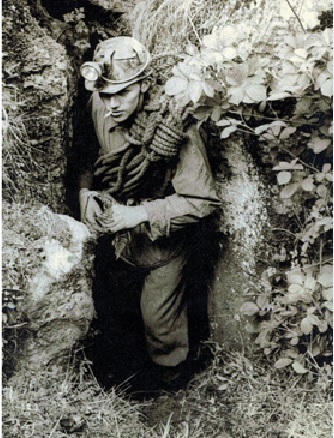 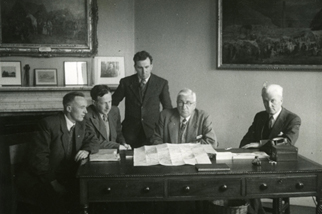 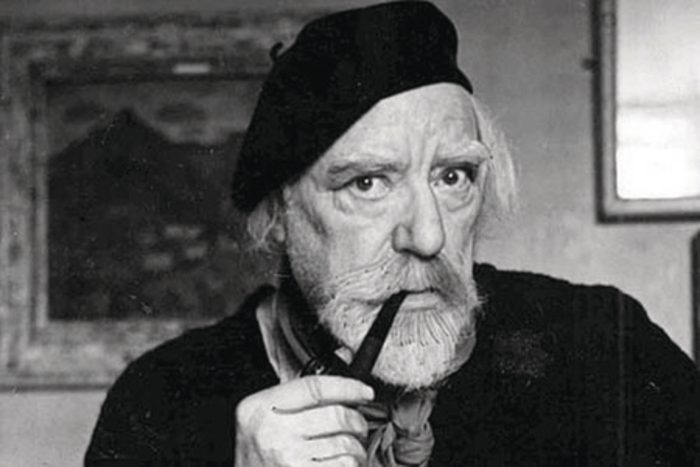 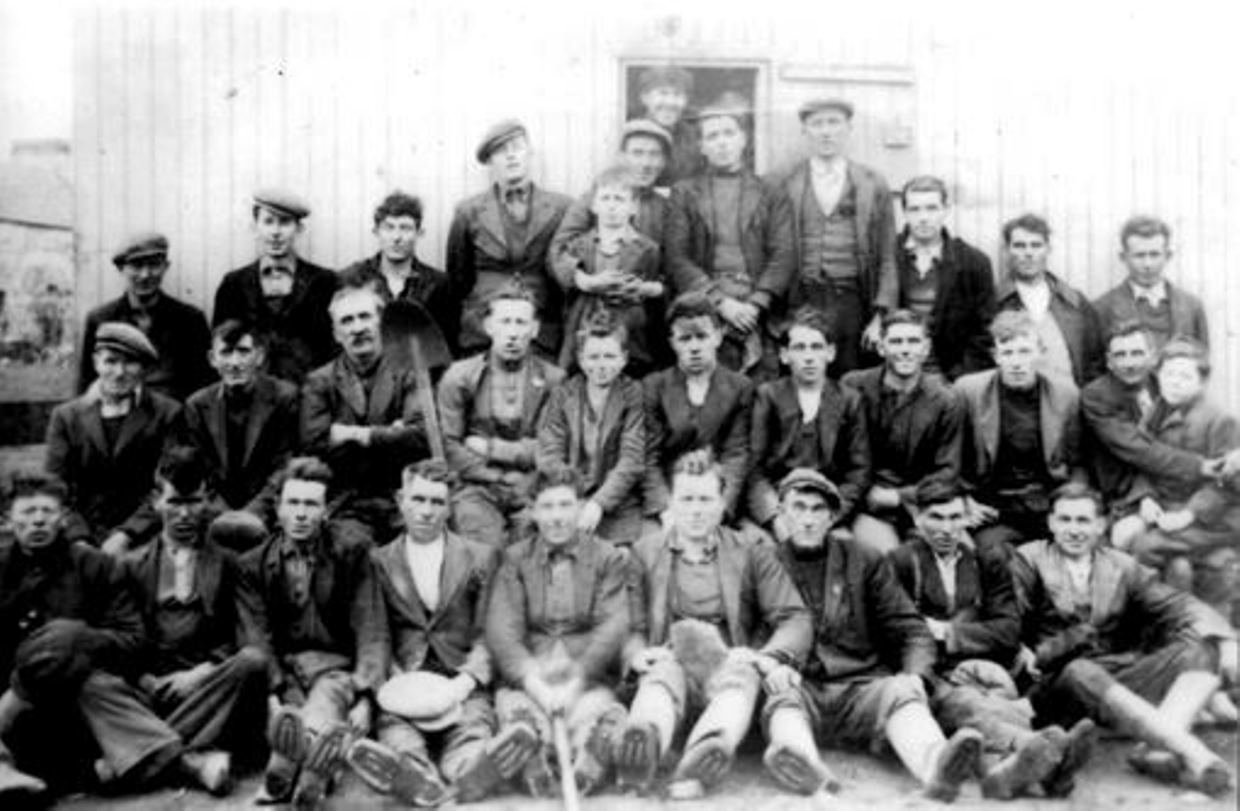 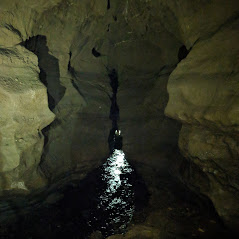 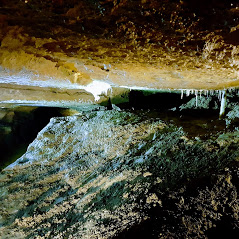 Experience Halloween at the Cave! Take a spooktacular tour of Doolin Cave this Halloween and discover spooky passages and the great...